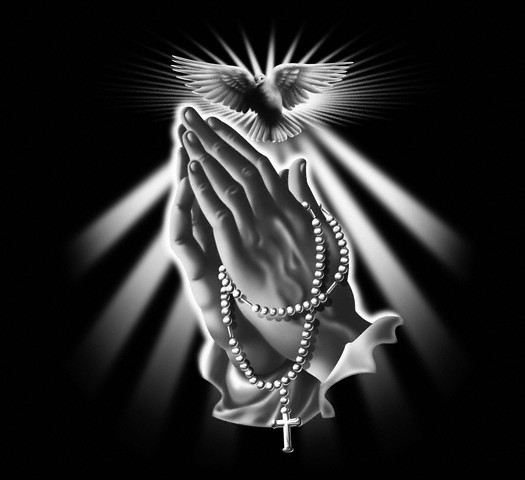 The Texas woman, Carolyn Jones, who had basic care denied her by Memorial Herman Southwest Hospital in Houston has been rescued. Texas Right-to-Life (TRTL) worked frantically to raise $50,000 to facilitate a transfer yesterday, actually raising a little over $33,000. Even as they were raising the money, they were working to get things in order to make the transfer, however much money they raised. That is how TRTL works during a crisis.

In the linked story above, there is a spot for donations. While TRTL covered the shortfall, they still need to try to cover those expenses. It amazes me how much TRTL actually does – most of which they do not crow about. This is a high-profile case, but TRTL has funded a lot of other rescues. Beyond that, it is in contact with crisis pregnancy centers and local pro-life groups throughout the state. It quietly facilitates help for individual pregnant women and their families. Sometimes the help is medical, sometimes supplies, sometimes legal – whatever will help another baby survive the killing field that leftists try to make the womb into. When I was consulting with them last year, at Monday meetings, we would begin with a lengthy Scripture reading and then invite each staffer to comment on it. We would review notable cases of women being helped and deal with any problems. Then we would go into more typical organizational concerns. Throughout the meeting, all the staff would be passing around cards of encouragement to be signed by everyone – cards that would go out to the women it was working with that week. I never saw fewer than 20 cards – and sometimes more than 50. This part is not something TRTL publicizes, it just does it.

TRTL has almost a hundred trained pro-life coordinators on campuses across the state as part of its Dr. Joseph Graham Fellowship for College Pro-Life Leaders. It has lobbyists from staff who, literally, live in Austin at each legislative session carrying the torch for pro-life issues. And it knows them. A few years back, it started calling foul on those legislators who give lip service to pro-life issues while killing good legislation in committee. You better believe that the powers that be shrieked (and are still shrieking) about that. Some politicians think their job is to fool the folksies back home – and those types are outraged that TRTL won’t go along with the gag.

I first got involved with TRTL three years ago. Jim Graham, the president, is a good friend of Bishop Rene Gracida, who directed him to my site. Graham called me, seeking to see if I could help secure David Daleiden as the keynote speaker for their annual dinner. When I called Daleiden shortly after, that was quite a conversation – for it was shortly after the District Atty. (DA) for Harris County (where the dinner would be held) had used a supposed investigation of Planned Parenthood (PP) to try to railroad David, before the conspiracy between PP and the DA was revealed and the case fell apart. He told me he broke out in cold sweat even thinking about Houston. But I was going, too, and we love getting together whenever we can, so he signed on.

I cannot tell you how dazzled I was walking into the dinner. There had to be over a thousand people there, including top officials from across the state. During the program, they did not talk limply about what they hoped to do; they spoke boldly about what they were doing, what they had done in the previous year, and what they intended to do in the next. This was no uncertain trumpet. Jim Graham is a visionary, Christian leader who does not hesitate to head right into the lions’ den. His wife, Elizabeth, is in charge of legislative affairs and media. She is every bit as hard-charging as Jim is – and is the half of this husband-and wife-team who makes camp in Austin for the entirety of every legislative session, along with three or four other staffers. The rise of TRTL has coincided with a steadily declining abortion rate in Texas for the last two decades. And Jim and Elizabeth Graham have become two of my dearest friends. I love people who enjoy jumping into the lions’ den. It gives me good company.

I speak often here of the prayer of doing. This is what I am talking about. But glory! You readers are amazing. You have lived the prayer of doing over and over from this site. And once again, by your prayers and by your generosity, an innocent woman who had been condemned to die has gotten a new lease on life. We don’t just talk here – you demonstrate your faith in crisis over and over by your works.

It was touchy last night. There were serious concerns about Jones surviving the transfer because the hospital had denied her her scheduled dialysis on Tuesday. That progressively weakens the system. Even in an otherwise completely healthy person who needs dialysis, denial of it starts causing the body’s systems to shut down. You can imagine how dire it made Jones’ situation. The truly hideous thing is that money was not the issue at all in this case. The family had made arrangements with organizations like TRTL to fully pay for dialysis. But the hospital would not budge. As far as they were concerned, it was Mrs. Jones duty to die as quickly as possible.

Thanks be to God you all came through. Thanks be to God there are organizations like Texas Right to Life which live true mission in their work. This week we have, together, once more lived the prayer of doing profoundly in a time of crisis. Thank you all. I love this community we are building together. What a joy my life has become because of all of you.

57 thoughts on “The Prayer of Doing”