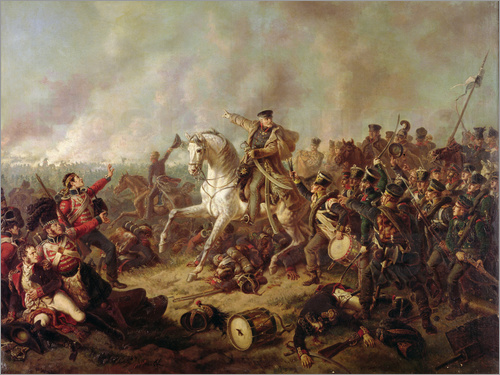 After watching large segments of Donald Trump’s massive rallies in Minneapolis and Lake Charles the last two nights, I am now persuaded that Democrats have made a HUGE mistake in their attempt to impeach him. They are once again playing Wile E. Coyote.

It is not the size of his crowds: Trump can fill a football stadium on two days notice. Nor is it the spine of the Republicans in Congress; you still need a magnifying glass to find that. Rather, it is the shift in Trump’s tone. The President loves to jawbone in negotiations, to take wildly extravagant positions. The fact is, though, his instinct is to deal magnanimously, to let bygones be bygones once even a tentative basis for agreement is in view. I have come to suspect some of his more dramatic histrionics are a way he compensates for a surprisingly charitable temperament.

That Democrats and the media launched this effort after so badly failing and smearing him for three years is astonishing. All they have accomplished is to release “Unconditional Surrender” Trump. They have convinced him that they are pure malice and there is no dealing with them. There is no good faith on their part and the only viable option is to completely defeat and then salt the earth behind them.

There is no “whistle-blower.” A president must be able to speak in confidence to his foreign counterparts. This CIA agent who worked for Joe Biden spied on Trump and then leaked a false narrative about what happened. With even a moment’s thought, it is clear to anyone that the Democrats panicked assertions that they have more “whistle-blowers” coming is specious nonsense: Trump released the full transcript of the call. You can read it for yourself. The Democrats are now asking Groucho Marx’ old question: who are you going to believe, us or your own eyes? There is nothing there.

This is a seditious spy and leaker of classified information – and the sort of information that has been classified throughout our history in order to facilitate efficient conduct of foreign affairs. This is treason. To call it “whistle-blowing” is just a pathetic attempt to slap lipstick on this seditious pig. And it is an insult to actual brave whistle-blowers who have exposed actual corruption in their own departments.

For anyone who studies the facts and evidence, there can no longer be any doubt that the Democrats are concerned only with power, not at all with justice. I think they did not believe Trump would release the transcript – and so could just peddle their own malicious spin on it to an even more malignant establishment press. Look at the tactics of both sides. Trump is being transparent, releasing and de-classifying documents so people can judge for themselves. Democrats are trying to keep everything secret except their own spin – and are desperate to deny Congressional Republicans rights to call witnesses or run anything even vaguely resembling an open and fair hearing. This is just an effort to prolong the ongoing three-year coup attempt.

For this, there should be treason trials. No, I do not call for any death penalties or such. I do, however, call for life imprisonment with no possibility for parole for those people who have knowingly used their position to manufacture false accusations for purely political purposes. If a future president wants to commute some of their sentences, that’s fine. But that is the only way the coup plotters should ever see the outside of a prison cell again. That will make future partisan hacks think long and hard before weaponizing government power to target their mere political opponents. A slap on the wrist will merely encourage future coup attempts – and if we do not crack down hard on this now, one of those future coup attempts will succeed.

Trump knows what he faces now and is all in. You will see some of the timid Republicans start to find courage as public opinion shifts. Keep in mind those who stood strong in these, the early days of this new battle in the ongoing coup attempt. Those are the only ones you can count on to defend your freedom.

A couple of weeks ago I wrote that, “The Amazon Synod seems primed to replace ancient Christian faith with a formal resurgence of pagan tribalism.” Even so, I was astonished to see the Synod open with an actual pagan religious ceremony. They are not even trying to put a fig leaf over their malign intentions.

Meantime, atheist Italian journalist Eugenio Scalfari claims that, in an interview, Pope Francis revealed he believes Jesus was just a man, not God. This has agitated many of the faithful. I’m not buying it. Though I am not a fan of Pope Francis, this does not sound at all credible to me. I was good friends with the late Rob Sherman, who was, for a time, the national spokesman for the American Atheists. Sherman frequently completely misunderstood even obvious points of doctrine, not out of malice, but because the framework of Christian theology was so alien to him. To his credit, Sherman pressed me to get what I was telling him right and to understand my claims from my perspective. Scalfari just seems dishonestly determined to spin whatever Francis tells him to try to paint the Pope as a closet atheist. I suspect the Pope said something along the lines that Jesus was truly Man (as the faith maintains, Jesus is True Man and True God) and Scalfari’s mind translated that to “just a man.” The Pope would be well-advised to quit giving interviews to Scalfari.

Finally, some have leapt on Cardinal Robert Sarah’s recent statement that to oppose the Pope is to be outside the Church to mean that it is wrong to disagree with or criticize the Pope. Cdl. Sarah is known for speaking with great precision. I will just reprint what I said to one commenter on the matter yesterday:

The United States succeeded and prospered for so long because, from the beginning, we put a premium on carefully crafted, prudent policy decisions. Some on the left think we were just lucky – and so they craft all manner of crackpot schemes thinking that American success is not the result of prudent policy, but just because we are lucky, sprinkled perhaps with magic fairy dust.

Back in the 90’s, I warned frequently on my radio show that California’s absurdly restrictive new forestry policies would ultimately lead to truly catastrophic fires. The state’s no harvest or clearing policies simply meant that there would be heavy fuel-loading for when fires naturally broke out. Combined with the state’s refusal to build substantial reservoirs or desalinization plants meant that, inevitably, as the fuel-loading grew over time – and particularly in drought conditions the state refused to prepare for, fires would become more and more damaging and catastrophic. You didn’t need to be a genius to see this coming, merely prudently grounded in facts and evidence. But facts and evidence are to leftists what a Crucifix and daylight are to a vampire.

Now because of the frequency of catastrophic fires these last few years, California is enacting forced brownouts and blackouts in major areas of the state – in order to prevent catastrophic fires from breaking out. It is probably necessary, but it would not have been had the state stuck with prudent, carefully crafted policies of rational forestry and building sufficient reservoirs to maintain stability in periods of plenty and of drought. Instead, screaming leftists who don’t bother to actually learn anything carried the day – and all Californians are paying for it.

In a way, I take some satisfaction. I have mentioned before how affluent suburbanites have become vapid virtue-signalers, convinced that they will never pay the price for bad policy. After all, they believe, their prosperity is not because of prudent policy, but because of the magic fairy dust they have been sprinkled with. Now they are badly inconvenienced and, like the pampered children they are, they scream about it. Better they should make a re-commitment to sound policy. California is just about out of magic fairy dust. And so is the rest of the country.

I learned a couple of days ago that my assistant who arranges all my travel, Mary Lapchak, and her husband Mark, will be awarded the “Outstanding Small Acreage Manager” for this year by the Double El Conservation District in central Colorado.

When I first met them a few years ago, they were lifelong city people. I have never lived on a farm, but many in my family have. When city people try to become rural farm people, they almost always fail within a year or two. In the city, start a project and when you finish, it is done. On a farm, when you finish a project you have a huge on-going maintenance project. A city project is like buying a car: a country project is like having a kid. I did not expect them to last more than a few years.

They have put together the most amazing small farm effort I have ever seen…and have done it with a fortitude and grace I rarely see in established small farms. They have cattle, chickens, turkeys, geese, ducks…and whatever other domesticated animals Mary gets a hankering for. They also have the lowest loss rates I have ever seen. Mary takes it personally every time a predator gets a chicken or one gets sick. If you don’t have adequate health care, just hope to get some Marycare and you’ll be fine. Mark, a retired engineer, is constantly putting up buildings and sheds…maybe a new pond…and set up a well-engineered solar system to power everything.

Who knows, the time may come when a lot more of us will have to manage small acres. If so, it’s nice to know that friends of mine have blazed a trail so well that even the old, established country groups have taken notice.