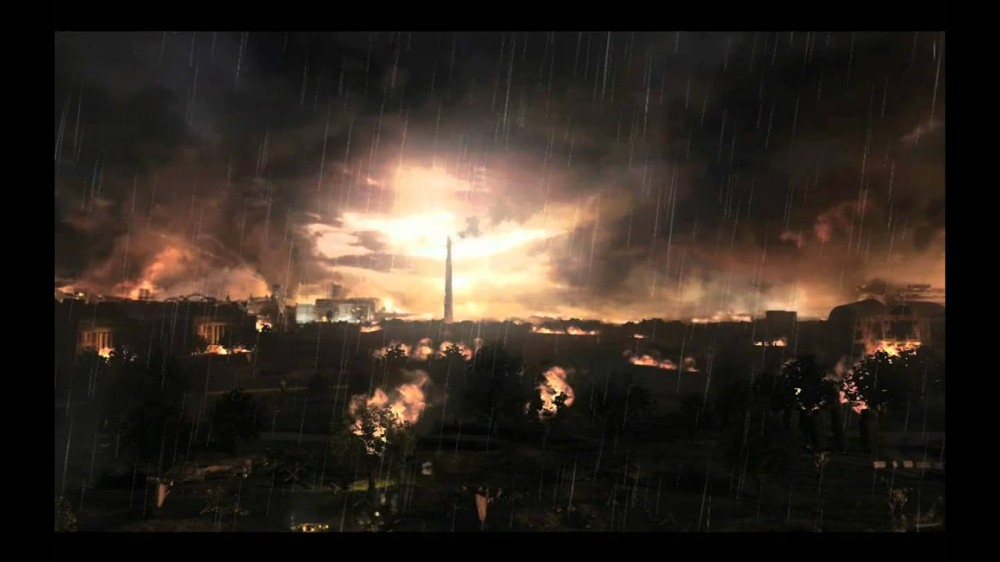 (I published this piece in the summer under the title of “Fireworks in Our Future.” It seems very appropriate to me now. I am in the midst of a very busy period of my journey – just left Los Angeles, heading for San Francisco and Sacramento. I expect to be in court this week for the Planned Parenthood civil abortion trial against David Daleiden and Sandra Merritt, who exposed some of the abortionists’ atrocities – and will give you an update on where that is this weekend. Church Militant did a solid piece on the subject a few days ago. Meantime, think on this and pray for our poor battered world.-CJ)

When a society abandons God, all that is left is a mad scrabble for power. For the modern left, power has become their god. As things are being progressively revealed, the time is coming when the only hope the left has of holding on to power, its god, is to instigate violent insurrection. Do you believe they won’t go that far?

I pose this question at most of my presentations – and have been privately asking it for several months of various officials and serious thinkers. I do not ask because I need an answer; I ask to focus the listener’s mind on what we face, to force them to look inward and do a little real-time analysis from facts they already know and can see with their own eyes.

A fellow I was speaking with told me he thought the 2020 election will be the trigger that unleashes violent revolt. I told him that is the outside limit of when it will occur. If Trump wins again (as I think he would quite handily) that would strip all illusions away that the radical left is the majority in this country. At that point, their last hope of attaining power (their god) is violent revolt. If the Democrat wins, the only hope left for normal people is to resist. The left would make war rather than leave people who do not think like them be. Normal people will accept war rather than forfeit their freedom and bend the knee to a tyrannical mob. Even so, I have always thought it a fool’s game to take wagers on which rock, when dislodged, will trigger the rockslide. A rockslide does not happen in a stable landscape because a rock got out of place; it starts because the conditions were right – suitably wobbly and turbulent. A rockslide does not always start when conditions are right, but when they are, any of a host of rocks, dislodged, could trigger the avalanche.

Now we have two mass shootings in a matter of a weekend, one in El Paso, Texas, the other in Dayton, Ohio. The former was committed by a leftist xenophobe while the latter admitted to Antifa-style leftism. The best Republicans are chopping away at the branches of the problem, proposing such things as hardening vulnerable targets. Nothing wrong with that, except that it doesn’t touch the root of the problem. The worst conservatives are calling for a war on white nationalism. Good Lord, what a joke! Actual white nationalists do not even constitute a rounding error in a rounding error. The reality is that when you push “identity politics,” some white folks are going to join in and push their own “identity” rather than just sit back and take the abuse and scorn heaped on them by the left. Back in the late ‘60’s, mass murderer Charlie Manson sought to incite a race war in the belief it would somehow sweep him to power. Now leftist activists (and presidential candidates!) are trying to incite the same for largely the same reasons. At least in the late ‘60’s we had the sense to know that Manson was a dangerous lunatic. Now if someone called for a “war” on all identity politics, you could count me in on that. I am so sick of timid “conservatives” who are more interested in showing they are not “that kind” of conservative rather than working for real solutions. Go virtue signal on your own time. Meanwhile, Democrats are taking the same approach to the issue that they take to every issue: proposing to disarm victims and to impeach Donald Trump. (This was written before the latest impeachment effort-CJ)

When you analyze any serious disorder in a previously healthy system, it is critical to look for what has changed. A century ago, even 50 years ago, guns were more easily accessible than they are now. In rural areas, there were often gun racks at the schools so that students could store the guns they brought with them. Access and availability were easier then than it is now in even the most gun-friendly regions. In fact, as gun regulations got stricter, gun violence concurrently started spiking up. Thus, access and availability of guns cannot be the catalyst for the rise in such shootings. While strict gun regulations lead to local spikes in gun violence (Chicago, Washington, Baltimore, etc.) I do not blame those for the larger rise in such violence either.

What really has changed dramatically since the time when such things were extremely rare? I identify four primary culprits:

I have a bit of a weakness for Nordic mystery novels and television shows (my son calls it my “huken-fluken” bent). I read and watch them with a certain horrified fascination. In these near Godless cultures, no matter how happy the characters sometimes seem, a fog-like pall of misery and meaninglessness hangs heavy over all. Elite classes here have adopted this relentless material secularity and call it sophistication. I call it what it is – cultural despair.

For decades, elite classes have taught that life has no meaning or value, God is for superstitious chumps, and this is all you get, so eat, drink and be merry. To liven things up, we add identity politics into the mix, setting up a sort of victimization Olympics (whoever is most victimized by white, male oppressors gets the most prizes!) and, surprise! – people on the margins become nihilists, sometimes violent nihilists.

Turns out that, in a culture truly devoted to Judeo-Christian principles; a culture dedicated to acknowledging God, taking the next right step, and being a sign of hope to each other; even abundant quantities of guns, knives and explosives can be safely entrusted to its members and almost never used for anything except hunting, food preparation, and building projects. In a culture that insists there is no meaning, no hope, no love, and no God, even though you restrict tools with potentially violent uses, the nihilists you breed in abundance will find a way to express their murderous rage and despair.

We are careening into explosive violence. Leftists want it, as they are convinced that is their path to unquestioned power. Christians and conservatives shrink from it as they, at least, have an idea of how fundamentally horrible it could become. But little is being done to put the brakes on this runaway train our culture is become. Unless police crack down hard on disorder with the full backing of the larger society; unless God, the family and life are restored to their proper places of honor and veneration, a moment of decisive catastrophic breakdown and violence will come.

When that moment comes, the flare-up could be as brief and transient (however showy) as the eruption of flame when lighter fluid is squirted onto a campfire. The left is very loud, but I don’t think its actual strength is even a tenth of what it thinks it is. The very volume of its shrieking is, I think, diminishing its strength even as it enhances its hubris. And yet, I did not foresee the collapse of the suburbs coming in the last election. I really thought the vicious rhetoric, casual violence, and despotic diktats of the left would cause rational people to recoil in repulsed horror. It tamped down the normal gains an opposition party makes during a mid-term election, but that is all. The reality is that when a real flashpoint comes, matters tend to take on an unpredictable mind of their own. You plan for as many contingencies as you can, but history shows that very rarely can you predict the actual course of events. Trying to do so can easily become a fool’s game. What you can do successfully is adopt the habits of heart, mind and action that will help you navigate your way through whatever comes. Our sure guide is Our Lady, who ever steers us toward the safe harbor of her Holy Son – if only we will listen. We are at sea, with a great storm well underway and rising with ever more speed and violence. I sign almost all my correspondence with, “Ave Maria, Stella Maris!” – Hail Mary, Star of the Sea. Ancient mariners used the star of the sea to navigate by. And so do I.

With western culture, societies throughout the globe, and the hierarchy of the Church straining mightily at the seams that hold it all together, it is not the great things we do that will lead us to the Safe Harbor I spoke of. It is the simple things; acknowledge God, take the next right step, and be a sign of hope to those around you.

Yes, there are fireworks in our future. God is revealing all things and each of us must choose. Some folks who only see the disorder on their television think if they keep quiet, it will all pass them by. Not gonna happen. If you won’t choose, God will bring disorder to your door. Some otherwise faithful Bishops think if they just keep their heads low all the disorder and tumult will pass them by. Not gonna happen. Each man and woman must declare themselves openly, both by their words and by their actions. The time has come where we must choose or perish.

When we become a truly Godly culture again (not just a religious one, but one that lives the virtues), mass shootings will become even rarer than they were in our best days. But so long as we just tinker around the edges, so long as we try to leverage tragedy for political talking points, so long as we celebrate the cult of nihilism; all the zero tolerance policies, gun control, and hardening targets will avail us nothing.

Once when confronted with a man who wanted him to let the country be divided in the name of “peace,” Abraham Lincoln said that sometimes the path to a true and stable peace must first pass through war.

We are on the path to peace.

149 thoughts on “The Road to Perdition”