(I have been struggling with the bug that has been going around these last few dates. A commenter asked me to reprise what I had written about Islam a few years ago. I published this piece in November, 2015. The only thing I would change comes in Item 4 of my summary at the bottom, where I speak of sending FBI agents to monitor terrorist infiltration. I would change that to agents of the US Marshalls. I have completely lost confidence in the honor of the corrupted FBI. I thought that the firing of James Comey might be the beginning of reform. But it was under Christopher Wray that an armed SWAT Team of almost 30 FBI agents was sent on a late-night raid to arrest Roger Stone, who even an idiot knew was neither a flight nor an armed risk. It was simply the excessive coercive armed bullying typical of a rogue quasi-legal agency in a banana republic. I have no confidence in, nor respect for, the FBI as a legitimate law enforcement agency any more.-CJ)

(This piece may be downright terse. I have boiled it down relentlessly. It is a beginning of the conversation, not an end. -CJ) 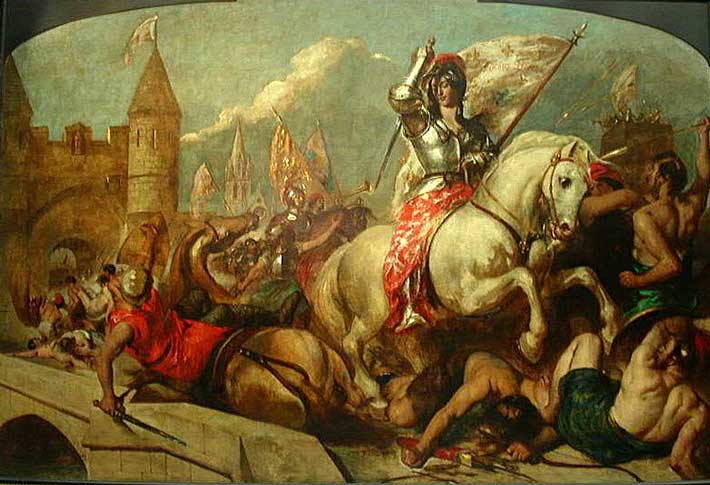 People in all cultures reach out to God – usually in the way they are taught. It is instinctive to us to want to know, love and serve our Creator. Most people, even if errant, are sincere in that desire. We are all embedded with a desire for the good, as well. To care for each other, love our neighbor…so we have tools to approach the throne of God even if our basic knowledge and wisdom is deficient.

Most Muslims, like other peoples, want to reach out to God…and do so in the way they were taught. Most would like to do so without the bloodshed, coercion and oppression. In fact, I suspect that many Muslims who emigrated to America over the years came specifically because they wanted to reach out to God in a way that was familiar to them, but without the violence and oppression. America, a land that guaranteed human rights, must have seemed the perfect place to do that. But America betrayed them. In America rose a toxic notion of tolerance, a notion that first enabled, then celebrated and favored cultural practices that were inimical to the values of freedom. This new American “tolerance” empowered the very brutes those Muslims came to escape – and all in the name of tolerance.

Up until 9-11, I considered Islam one of the three great monotheistic religions. It was not the actions of the terrorists that roused my suspicions, but the silence or obfuscation of the rest of Islam on the matter. If a group of Catholics had done that, I knew my Church would immediately rise in righteous anger to denounce the terrorists, to condemn them and proclaim excommunication on any who adopted such poisonous doctrines contrary to the faith. That did not happen with Islam. About the best they could muster was the “street-gang” defense: “It wasn’t us.” – denying personal responsibility while remaining ambivalent – and often excusing – the act.

It was that disturbing episode that led me to study the Koran. It is not very large…only about the length of the Psalms. I was stunned. I had heard all the quotations “proving” that Islam was a religion of peace. It was a shell game. To simplify, the Koran has two very different sets of rules, one for fellow Muslims and another for infidels. All the quotations supporting the “religion of peace” fantasy come from sections on how to treat fellow Muslims with whom you are in conflict. The rules for infidels are that they must convert or die. The only wiggle room is how long you give them to convert before you kill them. Even more shocking, all manner of brutalities against them, including torture, rape and murder – even against children – are not forbidden but are, in fact, considered blessed acts. When Muslim terrorists attacked the Beslan School in Russia in 2004, I stunned some of my friends when I said the Muslims would torture and rape some of the children. They accused me of bigotry – until it happened. Then they asked how I knew. I told them it is in the Koran – and I had read it. My study of the Koran had led me to the shocking realization that the terrorists WERE the expression of authentic Islam.

To be sure, the Hadith are important in Islam. These are commentaries written after the Koran, by various Islamic scholars, purporting to give additional words of Muhammed not included in the Koran. Some of those scholars made attempts to try to soften the clear homicidal bent of the Koran towards non-Muslims. Yet the Koran remains – and it is binding, no matter how much some of the Hadith tries to square the circle.

The great Christian writer and historian, Hilaire Belloc, argued that Islam is not a unique religion at all, but a singularly perverse Christian heresy. Belloc was an occasional collaborator with G.K. Chesterton and was president, for a time, of the Oxford Union. While I think his case is somewhat overstated, it carries deep insight into the historical phenomenon which is Islam. Certainly Islam recognizes but one God, emphasizes that man is to serve him, and posits an afterlife. Other than that, the differences are more striking than the similarities.

In Islam, God is a distant, alien thing. There is –and can be – no kinship between man and God whatsoever. The relationship is that of master to a dog, with a master who encourages a brutal viciousness in his dogs. There is no spark of divine dignity in any human, even the holiest of Muslims. They are either good pets to their malignant master or they are not. People are ever treated like things. This is how you get “honor killings” of family members for various – mainly sexual – transgressions. But those sexual rules only apply to women. A sister who has been raped is “broken, like a plate,” as I heard one moderate Muslim man describe it. She is no good anymore and must be discarded. Islam is a religion of appetites, not transcendent aspirations. It is a religion of rules, not of principles of morality. There is no kinship between God and man. Even the supposed rewards of the afterlife are purely temporal in nature – and still treat women as things. The great Muslim warrior supposedly gets 72 virgins to do with as he will. What, precisely, does a Muslim virgin get other than a vicious man?

G.K. Chesterton once said that the man who is intellectually serious about his faith must “either ascend into Catholicism or descend into disbelief.” While that may be overstated, too, it presumes that a man starts from a spark of truth to begin his inquiries. If your image of God is not as Father, as the source of good, but instead as a demanding, petulant murderer, you are severely handicapped in your search. I have said – and maintain – that most Muslims honestly want to know, to love and to serve God in peace with their fellows. I have also said – and maintain – that Islam, itself, is a satanic deception. In that sense, Belloc is absolutely right that it is one of the greatest of the heresies.

Our challenge then is to evangelize Muslims where we can and defeat Islam where we cannot. Christians can be terribly naieve. We think we have been at peace with Islam for much of the last few centuries, with some sporadic hostilities. We have not. Islam’s aim has always been to conquer the world and wipe out any remnants who will not convert. It has occasionally been engaged in strategic armistices with the west, but has been at war with it since late in Muhammed’s life. Ultimately, it will only accept victory or death.

I never propose that Christians should act with coercive aggression, even with Islam. If an Islamic nation is willing to live within its borders and maintain peace with its neighbors, it should be left alone. But the robust vigor of St. Joan of Arc and the best of the Christian Crusaders is my model for how Christians should behave in defending their faith

and lands against military assault. Understand that Islam is starkly different than Christianity in how it defines the role of the state and the citizen to religion. In Christianity, individual conscience is respected. The state is expected to act justly, according to transcendent principles that guard human liberty. In Islam, religion, politics and ideology are inextricably entwined. There is no freedom of conscience, only religious rules that must be ruthlessly imposed in all walks of life.

I see myself quoted frequently as saying that Our Lady of Tepeyac is going to convert the Muslims en masse. That is true, but only half of what I have said about the matter. I say that Our Lady will, indeed, convert Islam, mainly through its women, but not until we in the west confront it seriously, both militarily and intellectually. Then it will collapse on itself quicker and more easily than anyone can imagine.

All democracies before America ultimately degenerated into chaos, then dictatorship. Because of our success, we have completely lost sight that democracy is one of the most unstable forms of government ever devised. The genius of the founders was primarily in introducing stabilizing elements into the mix, elements that we have systematically and slowly dismantled over the last century or so. The system I would adopt presupposes at least a temporary absolutism. We are headed in that direction. Pray that whoever the absolutist leader is is committed to faith, family and freedom – and that after clearing away the cultural, ideological and structural brush and deadwood that has accumulated, he will return to us a system that is based on our foundational principles.

This is what I would do:

There is a great deal of confusion and misinformation being spread – and even shrewd people don’t seem to notice. I watched a segment of Fox News where a conservative host conceded a liberal guest’s point that current rules require two years before a Syrain Refugee can be integrated into the U.S. The next segment announced that 351 such refugees have been integrated into the U.S. this month – and it did not even occur to the host to ask how that could be since it has not been two years. Be deliberate. Don’t let emotion blind you to obvious questions. Bad information leads to bad policy. Steady on.